Mykonos' mascot and his friends 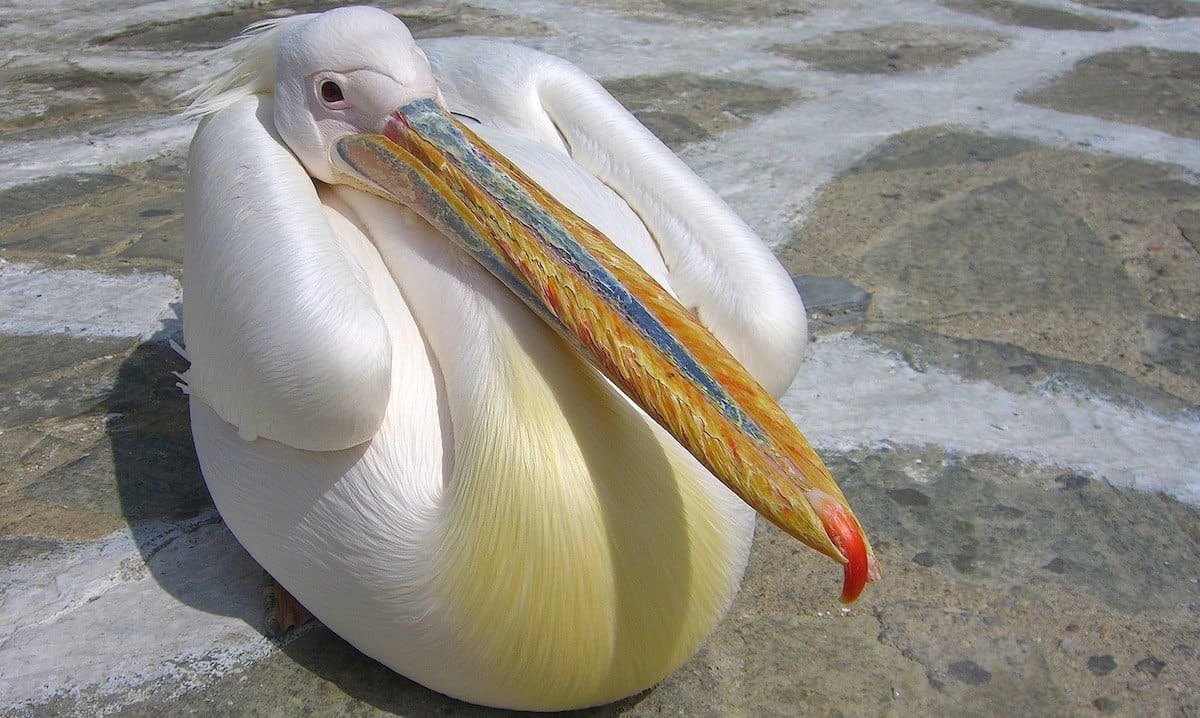 Mykonos has an official mascot. Its name is Petros (or Peter), and it’s a famous pelican that can be seen roaming around Paraportiani Church and the surrounding harbor. Actually, it’s a substitute for the original pelican that arrived wounded on the island in 1954 after a severe storm. It was healed and became such a beloved resident, that when it was struck by a car and died in 1985, grieving locals replaced it immediately with a similar pelican, and this time it brought company. They were gifts from different personalities and institutions, like Jackie Kennedy-Onassis, who offered the pelican Irene, and the Hamburg Zoo which offered another Petros. You’ll now encounter several pelicans in Mykonos, and you’ll find that they don’t mind posing for photos. 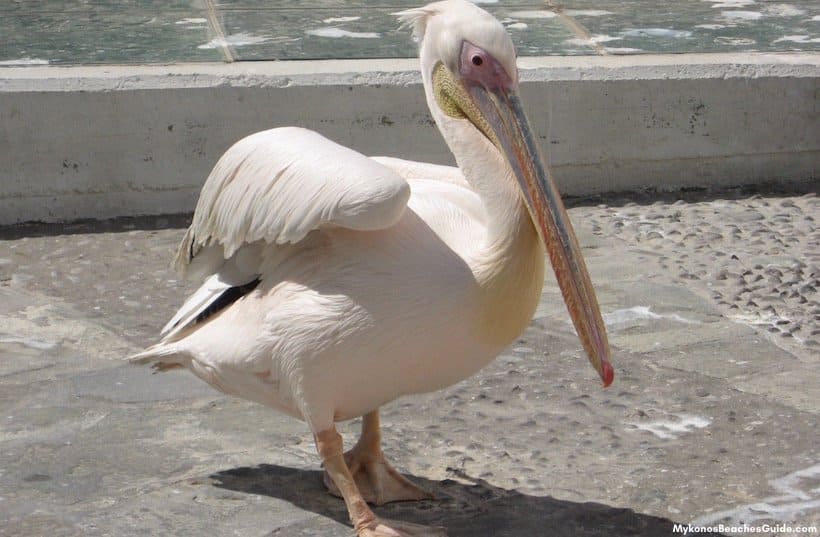