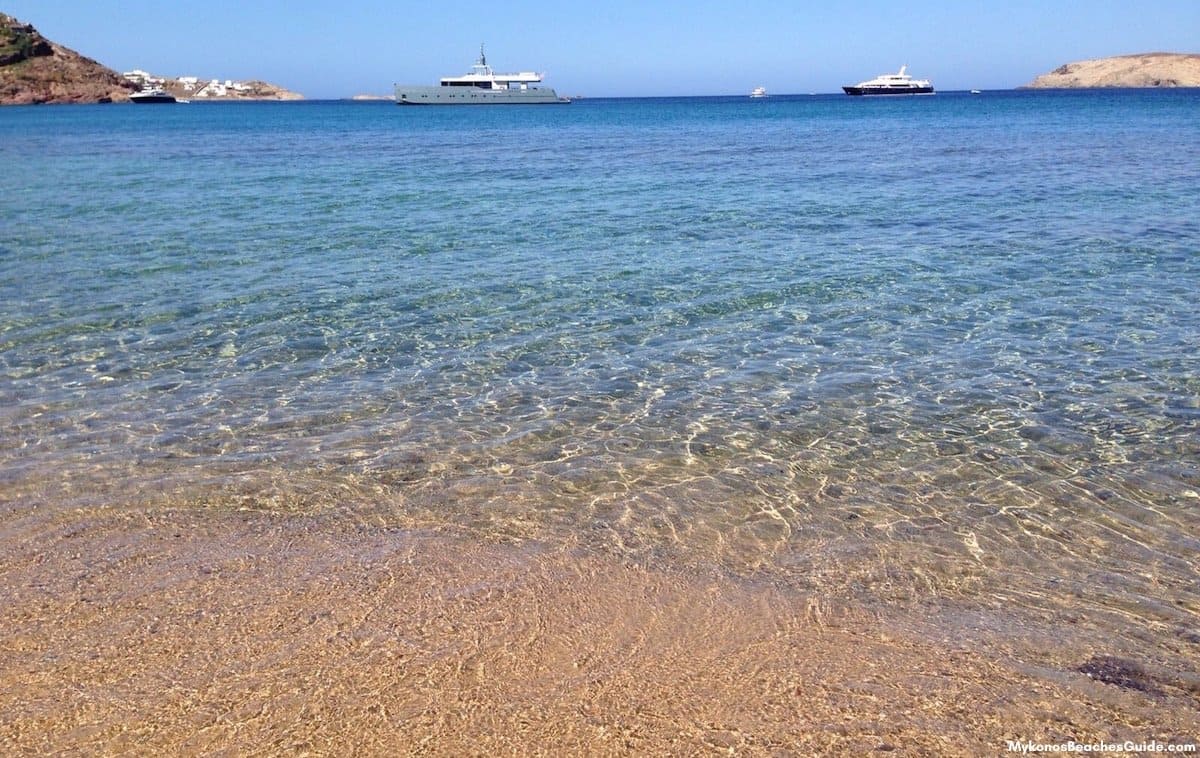 Previously a well-kept secret only reached by car, this beach on the northern part of the island has been discovered, thanks to the introduction of a bus service.
Half of it is crowded, filled with umbrellas, sunbeds and a bar, and the other half is usually frequented by nudists. It’s a very relaxing beach, with crystal-clear waters.
The bar (usually playing loud music) is attractive but expensive. Despite the nudity on the far end of the beach and the music from the bar, it also attracts families with children.

Due to its northern location, it can be a little windy and the waves stronger than at the southern beaches of the island, but on calmer days the sea can also be wave-free and perfect for swimming. 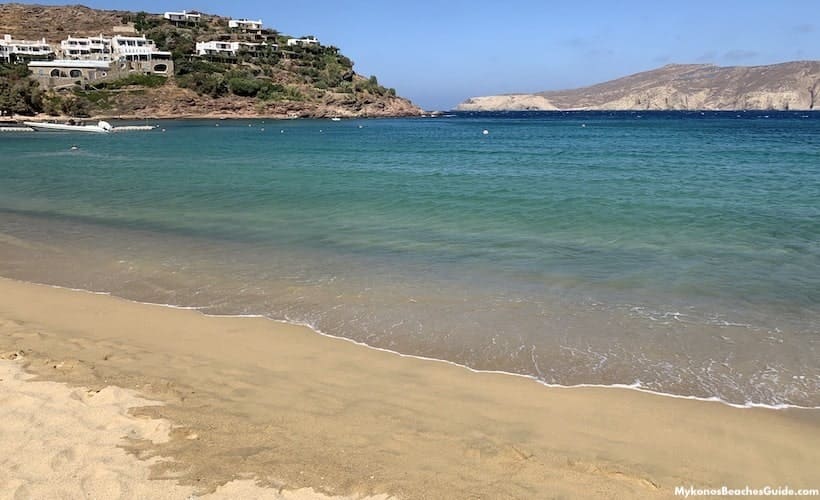 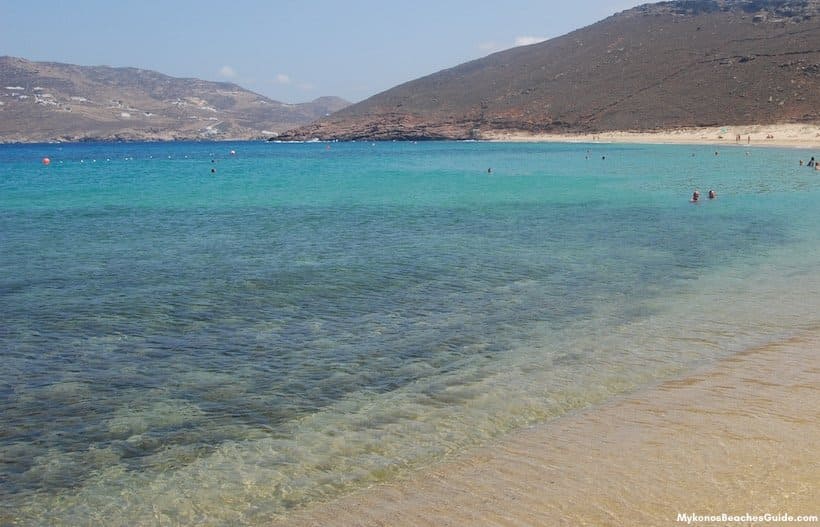 How to Get to Panormos Beach 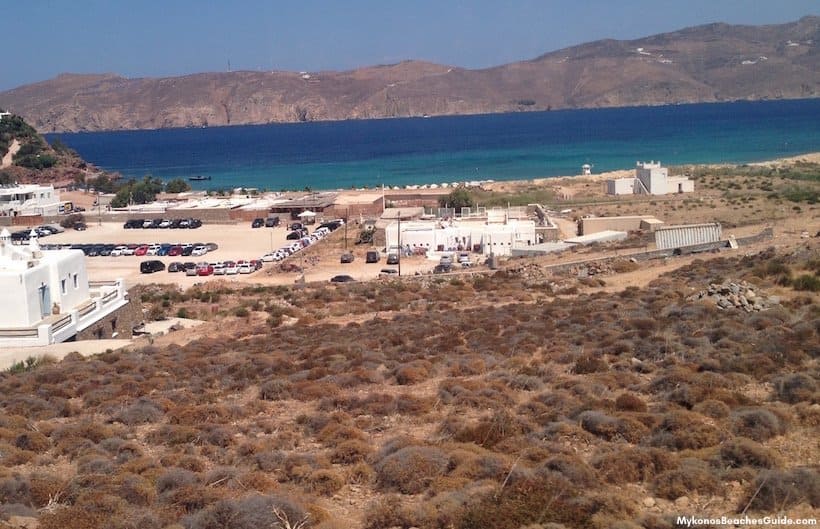 A bus service to Panormos was finally added in the last few years (departing from the Old Port), but it was interrupted in 2020. However, there were usually only a handful of buses throughout the day, so going by car has always been the better option, especially when there is plenty of space for parking close to the beach (pictured above).
For more information about taking the bus, look here: Mykonos Buses 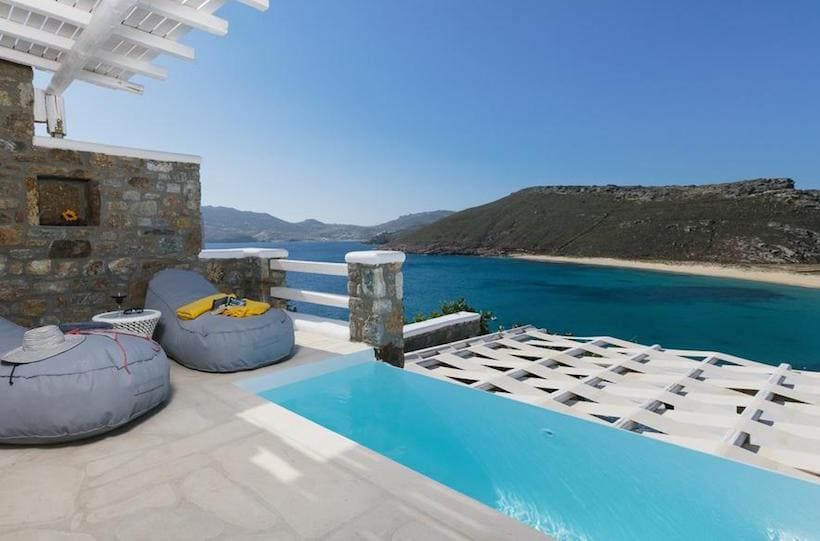 This is really your only choice to stay in Panormos, but it’s a good one. With a beautiful view over the sea and the beach, it’s made up of studios and apartments, some of them with a balcony or terrace. There’s a swimming pool and a restaurant serving Mediterranean cuisine.

Booking Deals - Book now and save up to 70% of regular rates.