Home > Where to Stay

Where to Stay in Mykonos

Hotel Recommendations for Every Traveler and Budget 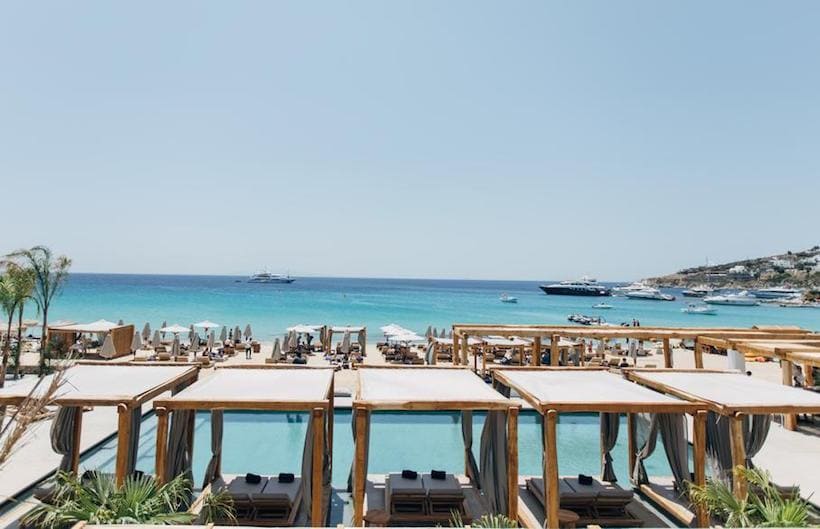 Mykonos offers beautiful places to stay in all categories, from budget to luxury. Many preserve a distinctive Cycladic architecture and style, and most overlook the center of the island and the Aegean Sea, or face the beach. They're also more expensive than those in other Greek islands, but the earlier you book, the better prices you get.
In most cases they only have a few rooms, especially the boutique hotels in Mykonos Town, but there are also large resort hotels closer to the main beaches, many with luxurious suites and spas. Those who prefer to experience the island like locals, have the options of apartments or even entire villas.


Where to Stay in Mykonos

If you want to stay close to the island’s vibrant nightlife, consider a stay in Mykonos Town. There are buses to most of the main beaches from there, and for the other beaches you can easily go by car and be there in a few minutes. This is the part of the island where you find most of the main attractions, such as the famous windmills, Little Venice's waterfront bars and restaurants, and the maze of pretty pedestrian-only streets.
If you prefer to stay right by the sea, in a resort atmosphere, choose one of the more developed beaches, such as Ornos, Platys Gialos, and Psarou. To be close to the sand, but in a quieter environment, choose the hotels in Elia, Kalafatis, or Paraga.
Ornos is just 3km south of Mykonos Town (accessible by bus), and offers a number of boutique hotels. It is popular with couples, but also with families, and is within walking distance of two other calmer beaches. A similar mix of couples and families is found in Platys Gialos, with several restaurants and hotels right on the sand, ranging from the more reasonably-priced (for Mykonos) to the luxurious. You can walk to a number of other southern beaches from there, and there's a bus service to Mykonos Town.
There's also a bus to Psarou, a trendy beach that tends to attract young couples, many of them on honeymoon. Almost everything here is expensive, but you're rewarded with beautiful views. If you're a honeymooning couple or are simply looking for a special holiday for two, take a look at the island's most romantic hotels.
Those staying at Elia (also connected by bus to Mykonos Town) will have to enjoy beach parties and be confortable with nudity. A large number of the sunbathers here are gay and in their birthday suit, but you'll also see many straight couples of all ages enjoying this long beach with shallow waters. If you're gay, take a look at your options of gay-friendly hotels on the island.
Paraga also mixes gay and straight. It only has a couple of hotels, but it's well located between a couple of the island's most popular beaches (just 5-to-10-minute walks).
Kalafatis is a little farther from the center, but one of the best choices if you're going as a family. See the most recommended family hotels in Mykonos.

Hotels in Mykonos are not cheap. In July and August, double rooms cost between 150 to 350 euros, and more for top-end hotels. Never arrive without reservation, as there will be few available rooms anywhere on the island, and prices can be quite high. Also keep in mind that some hotels insist on a minimum stay during peak season, usually two nights.

The number of hotels in Mykonos keeps on growing each year. The most recent properties (opened in the last few years years) are concentrated in Mykonos Town, but there are also a couple of new options right on the beach. One of those is the Branco Mykonos Hotel in Platys Gialos Beach, then there's Kensho Boutique Hotel in Ornos, Lyo Boutique Hotel in Super Paradise, the Myconian Avaton design hotel in Elia, the Myconian Kyma design hotel just a short walk up the road from the center of the island, and the Boheme Hotel also in Mykonos Town.


Booking Hotels and Resorts in Mykonos

Mykonos hotels start getting their first significant number of bookings for the summer early in the year. That means you should always consider booking six months in advance -- that is, between January and March for stays between June and August. Most hotels allow free cancellation, but always check that before booking. See what’s still available for booking:

Places to Stay in Mykonos

Beach Hotels
Wake up by the sea 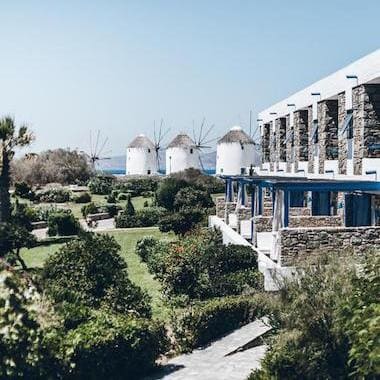 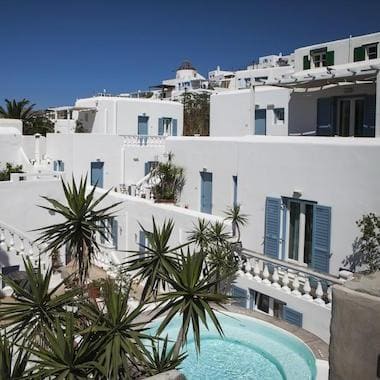 Budget Hotels
Save a few euros 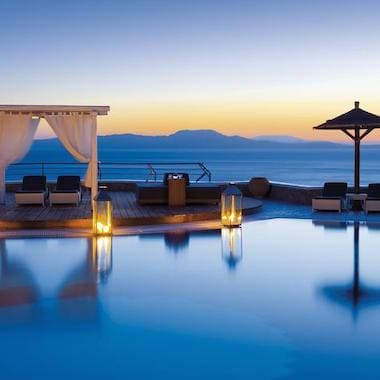 Central Hotels
Stay close to everything 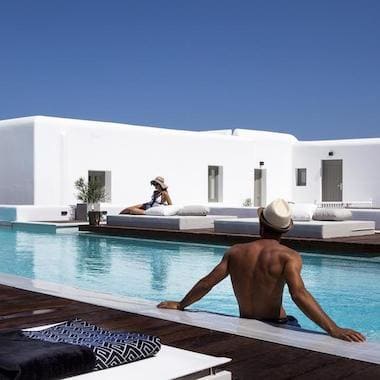 Romantic Hotels
For honeymoons; For lovers 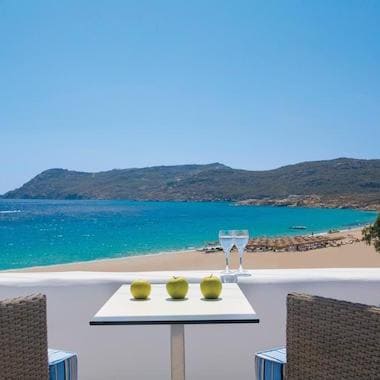 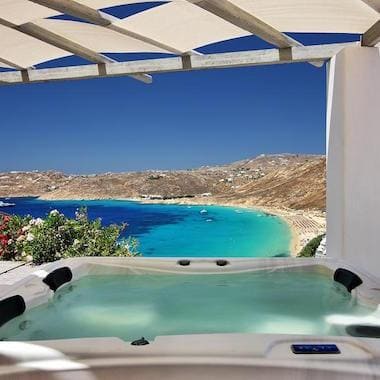