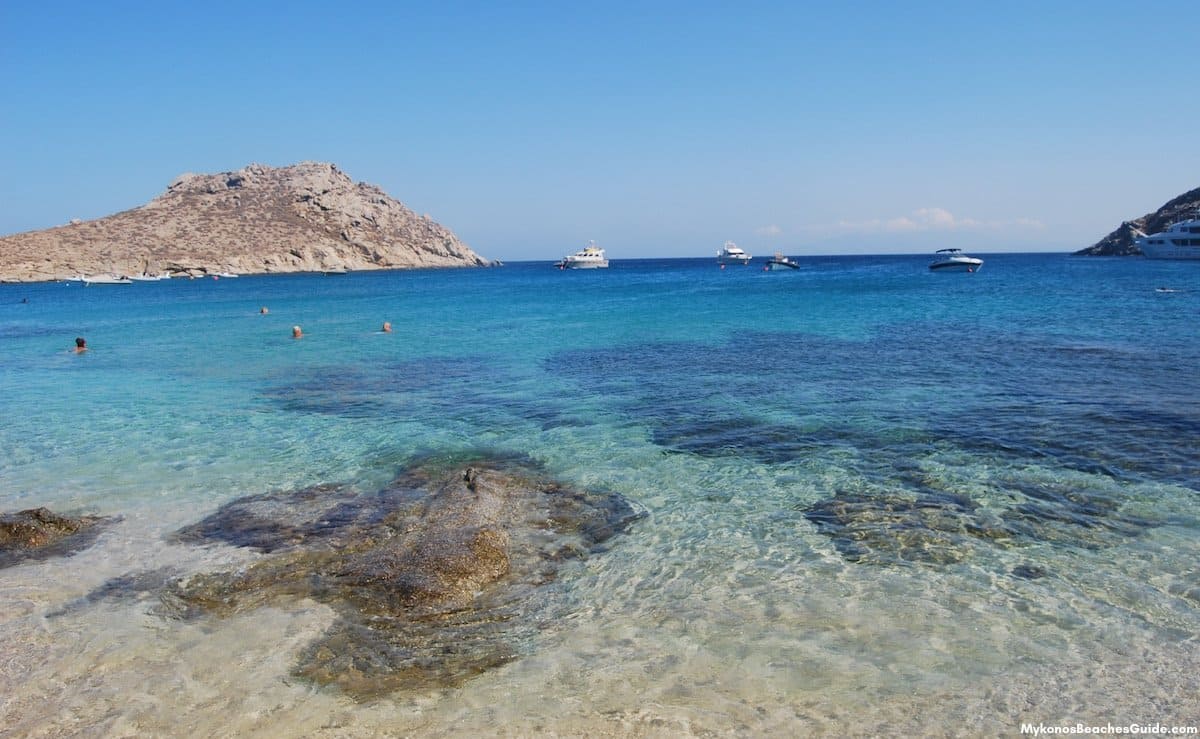 There are two Agia Anna beaches in Mykonos. One is a small sandy beach you find as you walk to the right of Kalafatis (as you face the sea), by a fishing port. It remains one of the most traditional on the island, with a restaurant offering you the opportunity to enjoy fresh fish in the sun. It’s one of the most relaxing beaches, for its size and for usually being less crowded, although it also has umbrellas and sunbeds for rent. 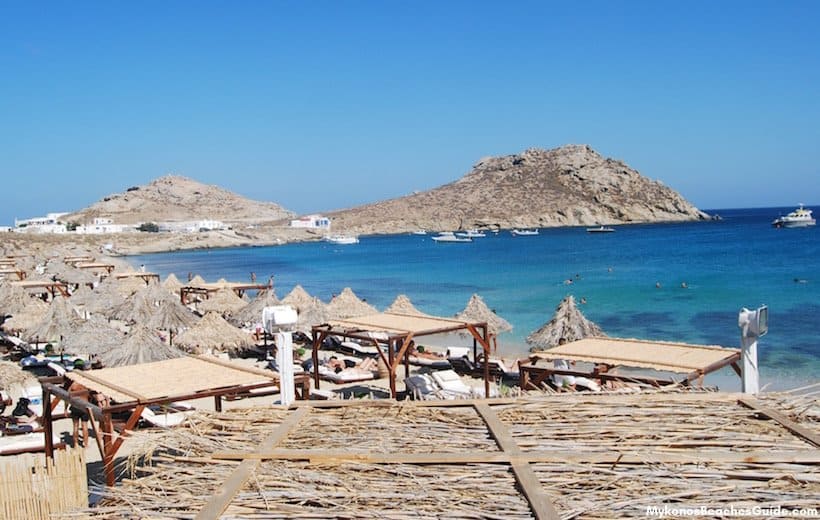 The second Agia Anna is between Paraga and Platys Gialos (an easy walk from either of them). It’s also a quiet, relaxing beach, with large rocks where many choose to lie in the sun. 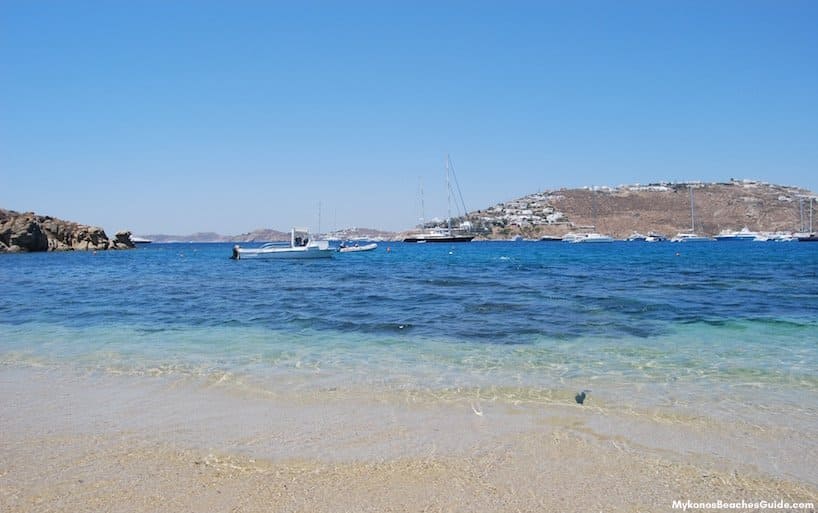 
How to Get to Agia Anna Beach

There are no buses to the Agia Anna by Kalafatis, but you may take one from the Old Port to Kalafatis and then walk from there, taking you just around 5 minutes. If you’re driving, it’s 25 minutes from Mykonos Town.
For the Agia Anna by Paraga, take the bus to Paraga from the Fabrika terminal in Mykonos Town, and walk from there. You may also take the bus to Platys Gialos, from where it's also just a short walk to Agia Anna. In fact, this beach is within walking distance of four beaches: Paradise, Paraga, Platys Gialos and Psarou.
For more information about the bus terminals, look here: Mykonos Buses

Hotels by Agia Anna (between Paraga and Platys Gialos) 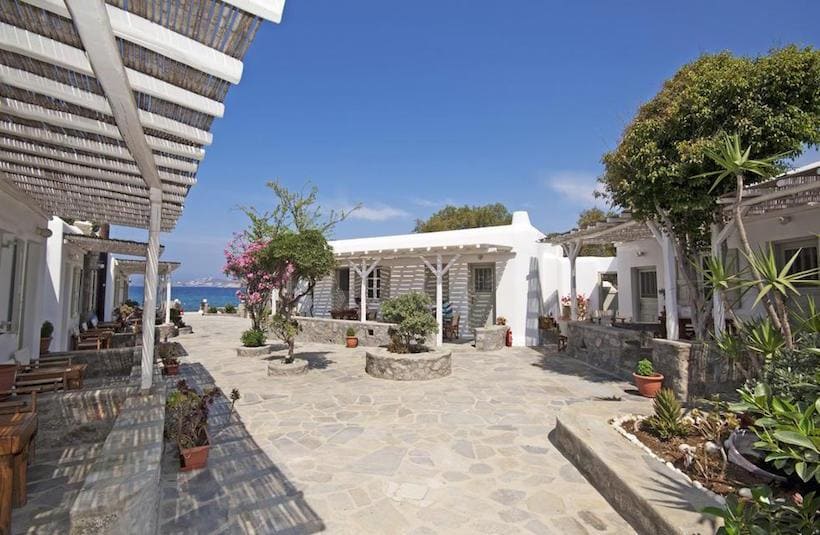 This hotel is right on the beach of Agia Anna and also within walking distance of Paraga and Paradise Beach. Most of the rooms have a small terrace and a sea view. 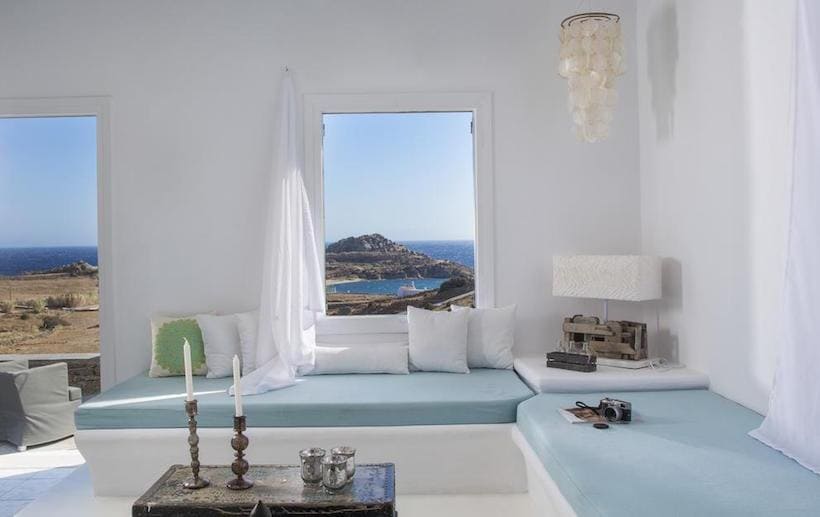 Up on a hill from Agia Anna beach and also very close to Paraga, this is a Cycladic-style property divided into studios and suites. They’re equipped with a kitchenette where you can prepare your meals. 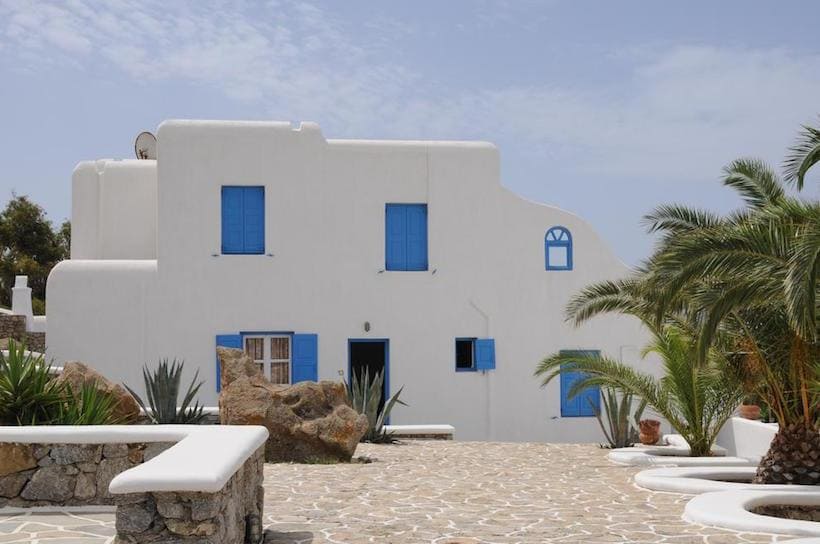 This property is made up of apartments facing the sea or a garden. It’s a short walk from the beaches of Agia Anna and Paraga, and some units have a terrace or balcony. There’s also a sun terrace and a swimming pool. 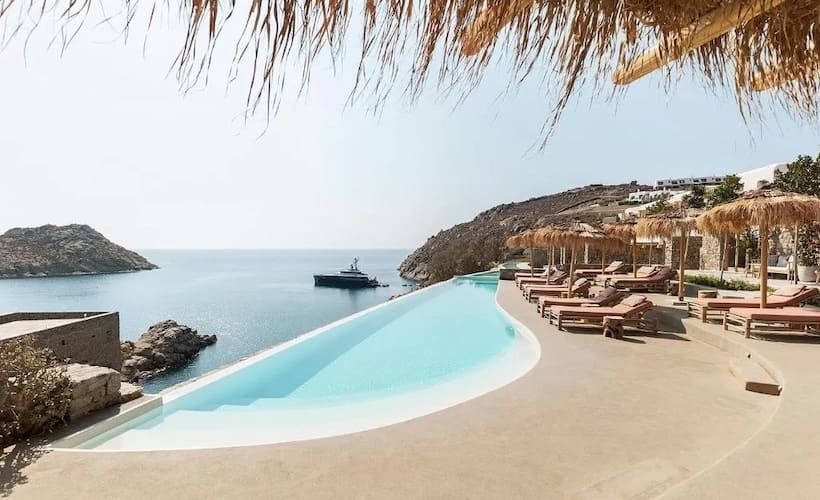 Featuring an infinity pool and direct access to a secret and private beach, this hotel is for those looking to escape the crowds. However, the beaches of Agia Anna and Kalafatis are also nearby. Most of the rooms have a sea view, and the spa offers a variety of treatments.