The island's most iconic landmarks

A group of five cylindrical windmills with pointed roofs is Mykonos’ most recognized and most photographed landmark. Dating back to the 1500s, these windmills (known as “Kato Miloi” or “Lower Windmills”) stand facing the equally-iconic buildings of Little Venice by the sea, and are a popular destination at sunset. Throughout the centuries they took advantage of the high winds that often hit the Cyclades, and provided grain to the population of Mykonos and beyond, as the island stood on the trade route between Venice and Asia.
A total of 16 windmills survive today on the island, and stand well preserved, with some now turned into private homes. Up on a hill, standing alone overlooking the bay, is the famous 16th-century Bonis Windmill, the only one of the island that’s open to the public as a museum. On the ground floor you can see where the flour was weighed, while upstairs is where supplies were stored. Above that is the actual mill. 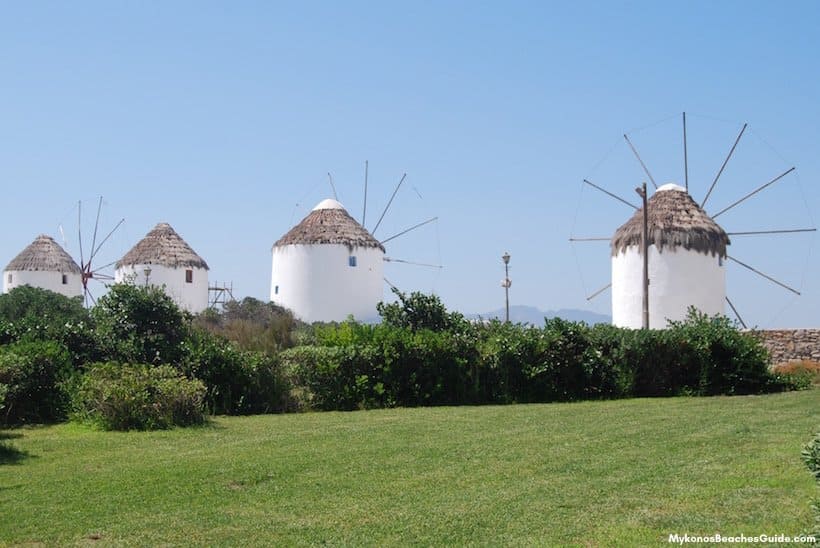 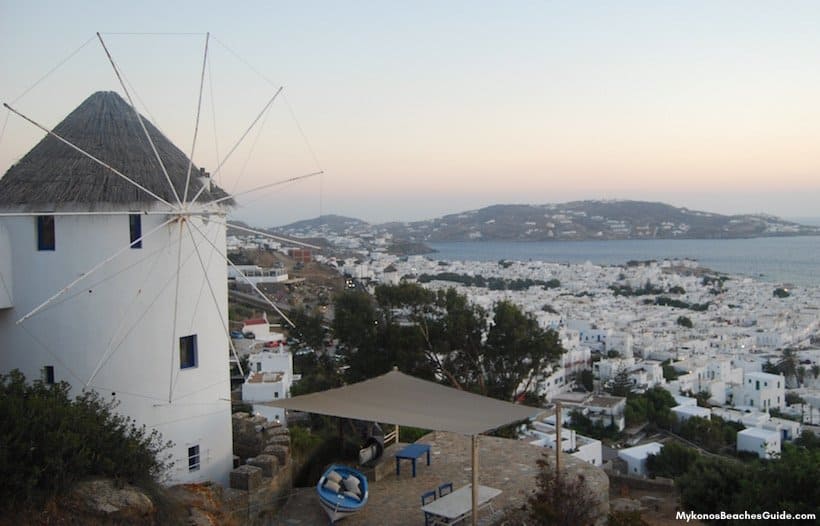 How to Visit the Bonis Windmill 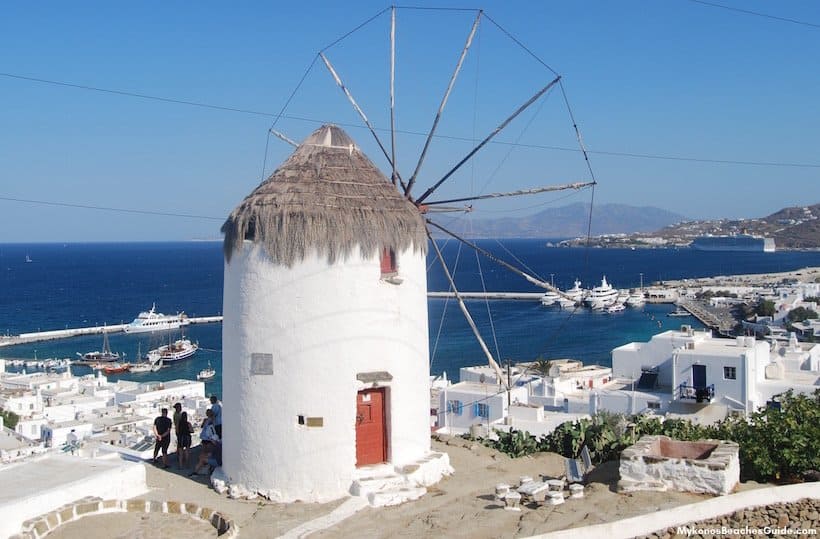 If you want to visit the Bonis Windmill, you have to climb up the hill from the old port. It only opens in the afternoon from July to September, usually at 4pm (although you may still find it closed at that time). If you’re not lucky to find it open, you still won’t regret the climb, as you have a beautiful view over the island, especially at sunset.